About Us
Meet our Bishops
Archbishop Allen Vigneron

Archbishop Vigneron's coat of arms was redesigned in 2017 with the release of his pastoral letter, Unleash the Gospel, and the update to the Archdiocesan coat of arms.

The crest includes a shield divided into three portions.

The lower right corner includes a swan to show his family’s history in the small farming village of Swan Creek (near Anchor Bay) dating back to 1840.

In the upper right corner there is a vine with grapes to honor his family’s name, Vigneron, which translates to “vine tender” in French.

The left side of the shield is covered with the seal of the Archdiocese of Detroit.

The number of tassels draped alongside the shield is representative of Vigneron’s rank within the Catholic Church. Ten tassels denote the crest of an archbishop.

Vigneron’s motto, Aspicientes in Jesum, is taken from St. Paul’s letter to the Hebrews. In Latin, it translates to “keeping our eyes fixed on Jesus.” 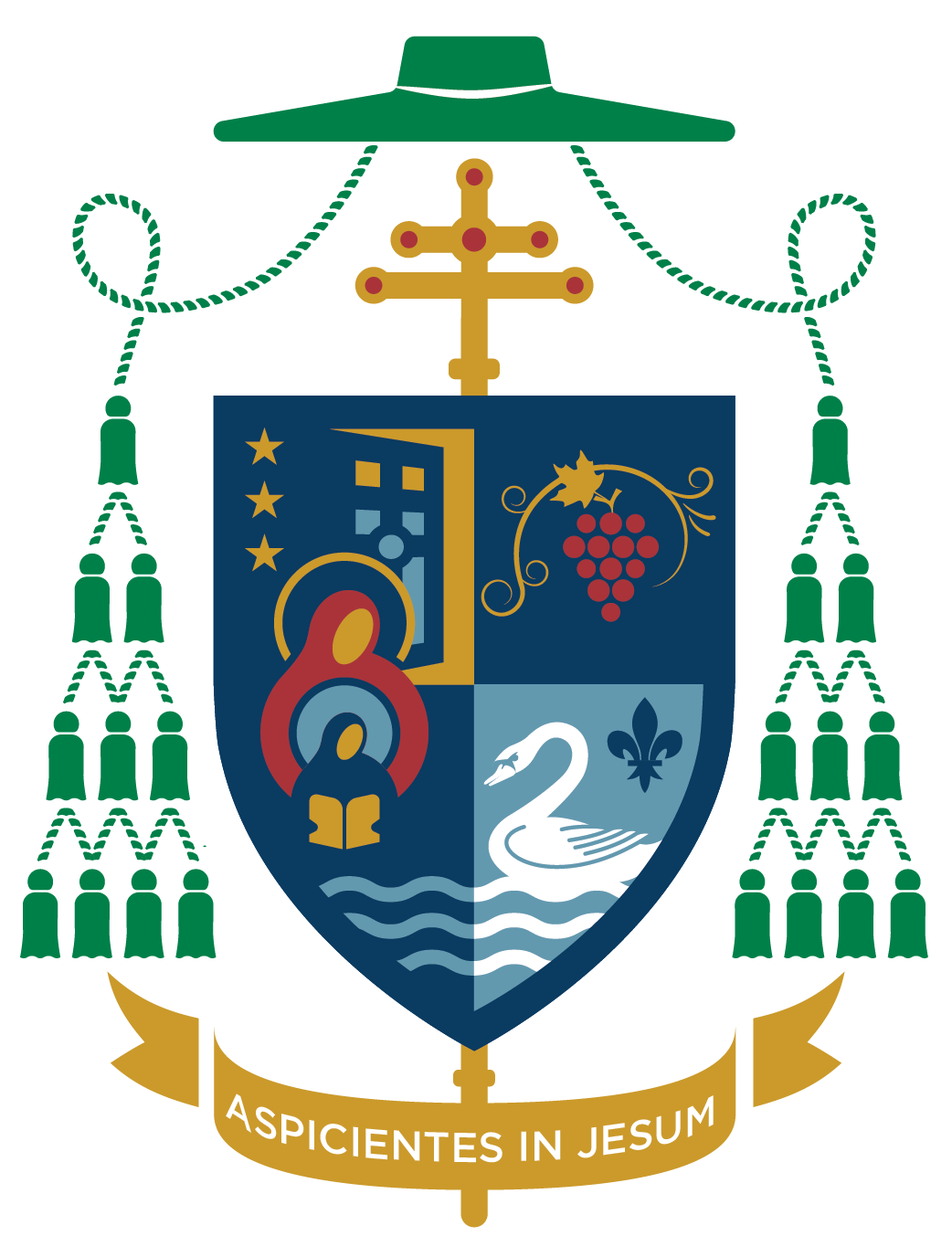