Bishop Cepeda’s coat of arms is divided into four sections to denote parts of his history and ministerial aspirations.

The Aztec Turtle in the upper left corner is representative of Cepeda’s birthplace, San Luis Potosí, Mexico. The upper right, a lone star, represents the state of Texas where Cepeda lived prior to his ordination as a Detroit bishop.

The lower left section contains a pitcher, bowl and towel to denote his service to God and humanity. The bottom right contains an image of sacred scripture, which expresses his love for the ancient text.

The number of tassels draped alongside the shield, six, is representative of Cepeda’s rank as a bishop. 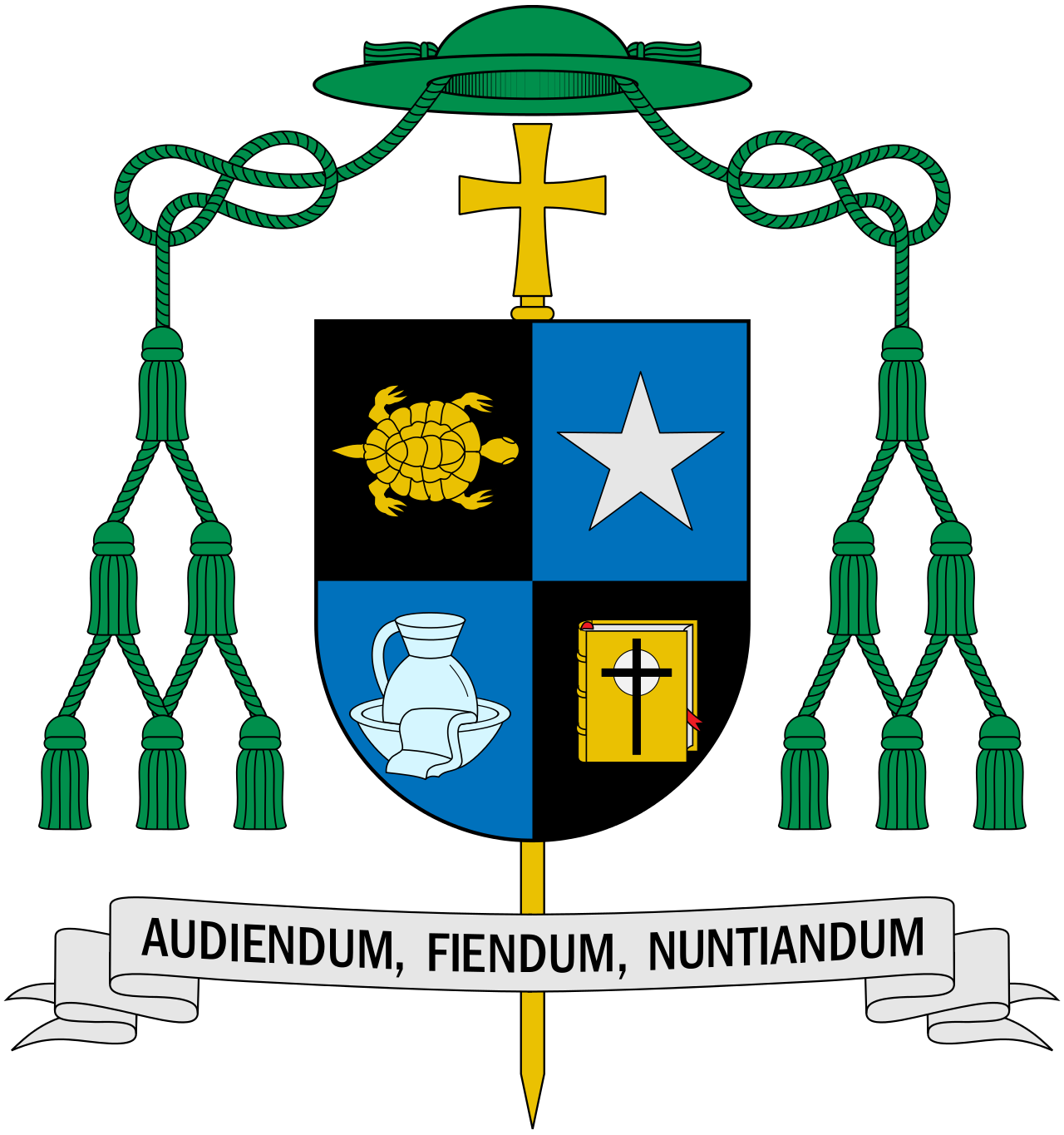